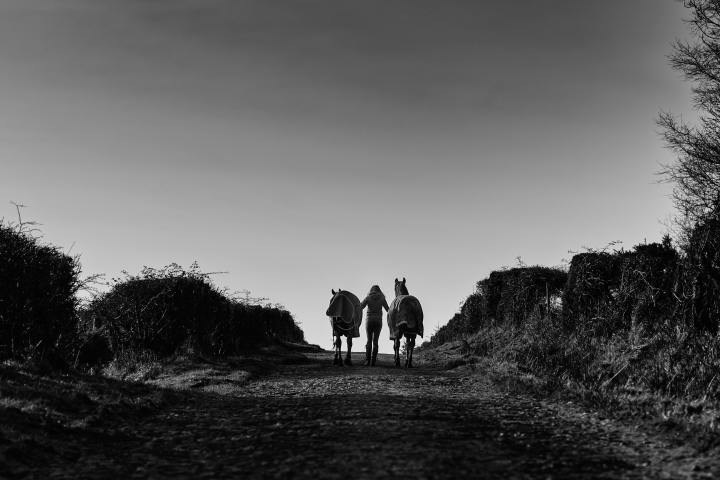 Have you ever found yourself in a situation where you were asked to make a decision that felt like you were relinquishing something you love? A part of yourself or your life you felt was intrinsic, inseparable even? Well, that is the kind of situation we’re focusing on in today’s post. In this biblical story, we are introduced to a man named Abraham. For some historical context, you should know that he was originally named Abram before God called him away from everything he knew, asking him to take a walk down a new path that was completely unfamiliar to him. Along this journey, he and his wife were promised a child. They were both quite old, Abraham being 100 years old and Sarah being 99 years old, by the time they conceived their son, Isaac. Isaac was the promised son that God foreshadowed approximately 25 years prior. This is the same son that, in our passage of focus for today, God asks Abraham to sacrifice. Now that you’re familiar with the backstory, let’s begin to explore the dynamics at play.

“Some time later God tested Abraham. He said to him, ‘Abraham!’ ‘Here I am,’ he replied. 2 Then God said, ‘Take your son, your only son, whom you love—Isaac—and go to the region of Moriah. Sacrifice him there as a burnt offering on a mountain I will show you.'”

Now, it’s easy to disregard the intensity of the stories we read in the Bible sometimes because, like a movie, we are receiving details that the characters are unaware of. In that first line, we get some pretty important context. This is a test that God is bringing to Abraham. While we don’t know God’s reasoning at this point, it’s safe to asssume that He has one. Like a teacher doing role call at the beginning of class to ensure all of their students are present and accounted for, we observe this brief exchange of identification between God and Abraham. God, wasting no time on pleasantries, makes a request of Abraham that is so monumental that it’s almost absurd.

God proposes that Abraham surrender the very blessing he and his wife waited over two decades for. Even more, God tells him that the place where he will need to sacrifice their blessing is in an undisclosed location. Has God ever fulfilled a promise He made to you and then asked for you to surrender it to Him as a sacrifice? Let’s read more to see how Abraham responds.

3 Early the next morning Abraham got up and loaded his donkey. He took with him two of his servants and his son Isaac. When he had cut enough wood for the burnt offering, he set out for the place God had told him about. 4 On the third day Abraham looked up and saw the place in the distance. 5 He said to his servants, “Stay here with the donkey while I and the boy go over there. We will worship and then we will come back to you.”

Here, Abaraham demonstrates some key things that are worth noting:

Lesson #1: The place where God is sending you will require your obedience, persistence, and awareness of the appropriate boundaries, community and resources needed to ensure sucessful task completion.

With our contextual understanding, based on the observation of Abraham’s choice to create temporary distance between himself and his travel companions, we can infer that Abraham understood the sacred nature of this particular assignment (i.e. he acknowledges God’s invitation to “worship” without specifying all that will occur when he gets there). This is a warning for us to be careful about who we share certain parts of our journey with. No matter how close we may feel to the people in our lives, we must understand that in certain seasons, for reasons we may not yet understand, God calls us to walk with Him, alone. This detail is essential to the process and will save us the heartache of having to ask Him to help us repair any unintended damage we may cause through our careless task management. Let’s move forward.

Let’s break down some new observations in this portion of the text:

Lesson #2: For the times when your journey must include someone else, be sure to carefully state your responses in moments of uncertainty. This can be the difference between walking in agreement and dissension. It also has the potential to build up or break down someone’s faith (ability to trust God in the process).

When we face uncertainty, it can be tempting to allow fatigue to get the best of us and miss the opportunity to remind ourselves, or anyone who asks, of the reason we are so confident in our pursuit. This particular scenario allows us to witness this exhange play out as Abraham responds to Isaac in a gentle manner, answering his question with a statement of faith regarding what he expects from God. Abraham tempers any confusion by professing what I believe he must have been reminding himself of during the entire journey. He declared that God would provide. This is a reminder for us to remember who our God is and to trust His character and ability to meet and exceed our every need, especially in moments of uncertainty.

Stick with me, we’re almost to the climax of the story.

9 When they reached the place God had told him about, Abraham built an altar there and arranged the wood on it. He bound his son Isaac and laid him on the altar, on top of the wood. 10 Then he reached out his hand and took the knife to slay his son. 11 But the angel of the Lord called out to him from heaven, “Abraham! Abraham!” “Here I am,” he replied. 12 “Do not lay a hand on the boy,” he said. “Do not do anything to him. Now I know that you fear God, because you have not withheld from me your son, your only son.” 13 Abraham looked up and there in a thicket he saw a ram caught by its horns. He went over and took the ram and sacrificed it as a burnt offering instead of his son. 14 So Abraham called that place The Lord Will Provide. And to this day it is said, “On the mountain of the Lord it will be provided.”

We have a final few observations to get through before we reach the end of our time together:

Lesson #3: When we finish the task we’re assigned with faith and diligent effort, we obtain the greater blessing God often has waiting for us.

This has two layers to it. The first, and primary, layer is in our heartfelt decision to walk in obedience to God (we must remember that God examines the heart for true obedience). The second layer, which must follow a heart submitted to God, is that we carry out the intended plan with honest, faith-filled intent. If we complete the task begrudgingly or with a heart that is resentful, we are missing the point and forfeiting the blessing awaiting us. What we believe about God while being obedient to His requests is as important as the tasks themselves. This is highlighted in the response the angel of the Lord gives (Note: Fear in this context refers to reverence or respect). We also see that Abraham’s obedience leaves a lasting impression, through his naming of the location and the reference to it being a highlighted part of history.

15 The angel of the Lord called to Abraham from heaven a second time 16 and said, “I swear by myself, declares the Lord, that because you have done this and have not withheld your son, your only son, 17 I will surely bless you and make your descendants as numerous as the stars in the sky and as the sand on the seashore. Your descendants will take possession of the cities of their enemies, 18 and through your offspring all nations on earth will be blessed, because you have obeyed me.” 19 Then Abraham returned to his servants, and they set off together for Beersheba. And Abraham stayed in Beersheba.

In the verses that round out this story, we get an end credits of sorts as the legacy that Abraham leaves is described in further details. The angel of the Lord returns to him a second time and expresses the fullness of what his obedience unlocks, not only for himself but for generations to come. His obedience created a legacy that now lives beyond him. We can learn from this and be encouraged that, when we are willing to sacrifice our way for God’s way, we are opening the door to deeper intimacy with God, the abundant life that Jesus died for, and a pouring out of blessing greater than what we may have in mind. As I alluded to in my question to you early on in the post, God’s request for us to surrender the blessings we receive is more about Him testing whether we trust Him with what He’s already provided.